MIDDLETOWN, Ohio — The city of Middletown just a few months ago entered the world of Facebook. Now, they are developing a mobile app in order to ensure residents and business owners are abreast of all the latest city business.

“More people use their phones than computers these days, so the mobile app is written to view information easier on the phone,” said City Manager Judy Gilleland. “The information on our website, Facebook page and mobile app will basically be the same information but formatted for each social media platform.”

The mobile app will be demonstrated to City Council at is Aug. 6 meeting.

According to a 2018 survey by the International City/County Management Association, most of the respondents have a high use of smartphones and use those phones for both personal and business use. And virtually all of the respondents use the phones to access the Internet.

The city of Hamilton has a social media team responsible for responding to requests and posting information on a regular and consistent basis.

“It’s an earned media you have to constantly work for,” said Jacob Stone, the city of Hamilton’s Richard J. Fleming Fellow.

Making sure to respond to request—such as a recent request to include detour maps for road closures—allows the city administration to connect with its constituents, “and to provide relevant information of what’s going on in the city.”

“You want to be consisted because if you’re not consistent, (the public) won’t know what to expect when they go to your page,” Stone said.

The city of Hamilton currently has more than 3,200 people who “like,” or follow its page. Middletown, which created the page in late May but hasn’t yet promoted it, has less than 50.
More active promotion of the Facebook page will start to come once the city’s social media policy is solidified.

“I think just as times change we need to keep up with what’s current and prevalent,” said Middletown Mayor Larry Mulligan. “I think a number of different sources have moved to social media, whether it’s the banking world or the media, and it’s a way to get your message out, hear from folks and tell them what’s happening.” 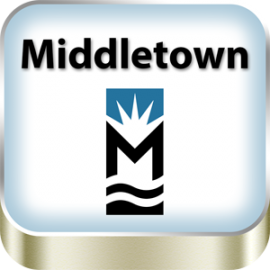 Included with our Free Demo is our 15 Day No Obligation Trial. Where we set up your custom designed App in Google Play Store or Apple Store with all the features of your choosing and lock in the best pricing that you will ever encounter.